This article is taken from my book The Doormat Syndrome

There is an ancient South American legend that tells of the time when the gods created the earth. They looked for a place to hide power because they recognized it was a possibly dangerous force that might be found and used in a destructive fashion. They considered the top of the mountain and the bottom of the sea but ruled these out because power was too dangerous to hide in one place. They decided to divide it up and place it in the hearts of men, women, and children.

All human beings have a drive for power; it is the essence of survival. Power drives start in infancy and continue throughout life. The word power is derived from the Latin word “potre,” which means “to be able.” The sense of being in control is crucial to well-being and positive mental health. Power drives enable us to exert control over ourselves and our environment in order to survive. While individuals may differ in their need to be in control, feeling competent and being in charge of one’s environment are universal needs.

Power is the ability of the individual to produce an intended effect on another individual. It is morally neutral and can be used to gain good as well as bad. There are two basic categories of power. Coercion is gaining compliance through physical force or verbal threat. Persuasion is the power of authority that is based on acceptance by the person because of past conditioning to social norms.

Some types of control are adaptive in that they strengthen self-worth. Having an internal sense of control results in individuals taking responsibility for what happens to them. Current research supports that increased personal control about simple everyday life choices affects achievement and job success as well as overall mental health. Other power needs result in maladaptive social control based on manipulation drives that result from anxiety, fear, and a threat to self-esteem. This type of control can become an addiction.

Power relationships start in childhood when children learn to give in, distract, ignore or use anger with their parents. Learning a power base starts in infancy when children learn to command their parents by crying or by being endearing. Children learn ways to cope with the inequalities of power (smaller size, younger age, lack of financial clout) by being cute, by asserting their independence, or by giving in to the parents’ wishes. Parental attitudes and the type of discipline used to determine acceptable and unacceptable ways of acting in the family. Self-esteem is innately tied to how children feel about the ways they express their personal power.

The gods, in placing the power in the hearts of men and women, did not take into account the different ways it could be twisted and misused. The model of power that has been operating in our world for thousands of years is one of domination. Ego power has been defined as the ability to control others to get one’s own needs met. In different cultures and ages, the age-old theme of misuse of power has been played through again and again: One person, political party, or group of people claim superiority over another person or group as they hold the “truth” or the God-given sanction to push their beliefs on others. Some then go on to outshout or use aversive means to say that what they believe is correct. This is trying to get power over others through domination.

Malice, revenge, and hate are never part of True Power which is each of us living with our own personal power. Our world now has a new model of democracy and equality which teaches us to go within and get past the ego which shouts “My way is correct!” into the deep silence within. Personal power bids us seek win-win dynamics allowing for the good of all. Prayer and meditation teach us how to quiet the voice of the ego which wants to dominate. We can touch in with our heart and connect our brain to grasp our True Self which knows the power of fairness for all. That is true Personal Power.

Donate to Our Operations Fund 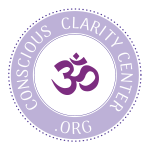